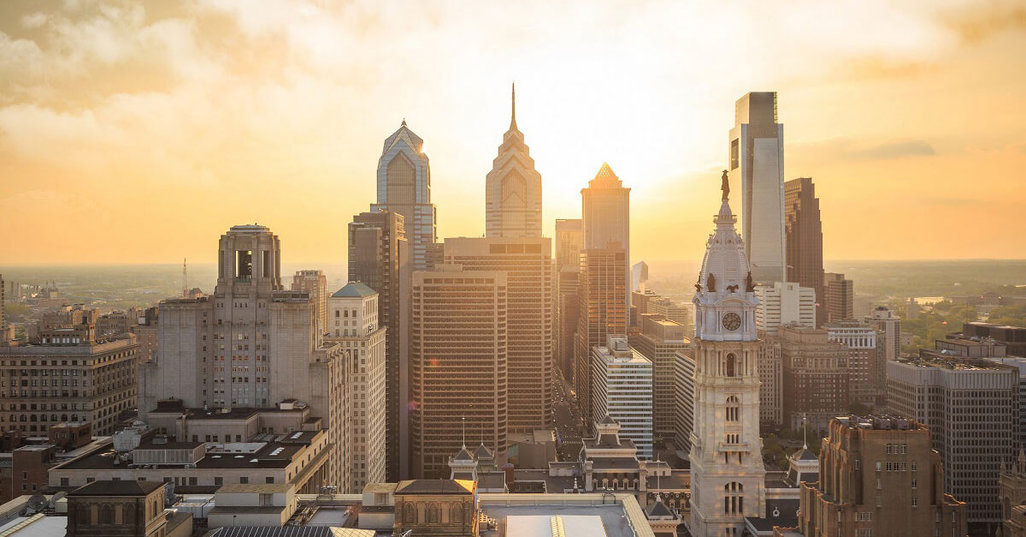 May we introduce ...? Take a look at LucaNet from behind the scenes and meet our Managing Director in the US, Robert Lawson.

When everything began around 20 years ago in Germany, we wouldn’t have guessed that we’d have customers in eleven countries today. LucaNet has locations in Germany, Austria, Switzerland, the Netherlands, Belgium, Great Britain, France, Spain, the USA, Singapore, and China. This level of success would not have become possible without our dedicated and ambitious staff all over the world.

Robert Lawson has been part of the LucaNet family and contributing to LucaNet’s success since 2015, and has been Managing Director in the USA since 2017. In 2018, he talked to us about how and why he came to LucaNet, what defines our customers and our work in the USA and - of course - why the 2018 Super Bowl was a very special event for him.

“I wanted to be a part of an organization where each person is more than just an employee. Thankfully the LucaNet team delivered on that promise.”
Robert Lawson, Managing Director LucaNet USA

Working for LucaNet in the USA: Motivations and challenges

You have been a part of the LucaNet family since 2015. Why did you join LucaNet?

Robert Lawson: I wanted to join a company where there was a family atmosphere within the working environment. I had worked for two Fortune 100 companies prior to working for LucaNet. And while the experiences were critical to my professional development, I wanted to be a part of an organization where each person is more than just an employee, and a significant part of the company’s success. Thankfully the LucaNet team delivered on that promise. And I could not be more excited about the future of this organization.

What are your customers´ pain points and the challenges they are confronted with? How can LucaNet help?

Robert Lawson: The US customer base is faced with many challenges, revolving around data collection and validation. The M&A nature of the US economic environment lends to a great deal of organizations with multiple accounting systems that need to be consolidated for reporting purposes. Synergies are often not recognized until these systems are normalized across the organization – as a great deal of time and money is spent validating and compiling data.

LucaNet allows companies to seamlessly bridge this gap with minimal administrative effort. The possibility for errors while manually consolidating these systems is also increased as the complexity of the organization grows. LucaNet allows for repeatable and controlled processes to provide confidence to management that the data presented is accurate.

LucaNet in the USA: On particularities and unusual experiences

Is there a significant difference between the German and the American market?

Robert Lawson: The customer base in the American market and the German market is on the whole the same. Organizations are looking to simplify complex reporting requirements through a systemic and transparent process. While what drives complexity is often different, currency translation effects vs complex data collection, the issues we are trying to solve are the same.

Have there been any funny or uncanny experiences with any of your users?

Robert Lawson: One of our current customers has been using LucaNet for over a year. She picked up the system from her predecessor with minimal training. In that year she learned how to navigate the system and became a proficient LucaNet user. She recently came to us asking for some training and support that we were happy to provide. This is interesting as she has been able to report her global financials with no real training in the product. We of course were able to show her some new skills, but this really goes to show the user friendliness of our product.

Are you a football fan and have you ever played football?

Robert Lawson: I did play as a young teenager, stopping after my freshmen year of high school. I am naturally a Philadelphia Eagles fan as this is my home town team.

Congratulations for winning the Super Bowl! What does the Super Bowl mean to the United States? Can you still feel the effects of the win of the Super Bowl in Philadelphia or would you say it is already history?

Robert Lawson: The Super Bowl is the most important sporting event in the country. It is the third most important “holiday” after Christmas and Thanksgiving. Are there any soccer holidays in Germany? And yes, for Philadelphia the win is still very important. Since it is the first one for them, it will probably never be history.

Robert Lawson has been working for LucaNet since 2015. He studied business administration with a specialization in finance at Drexel University in Philadelphia, USA. His experience includes being Engagement Manager at large American bank as well as Financial Analyst and Credit Risk Analyst at an energy corporation. He started at LucaNet as International Business Manager. In 2016, he moved to the Consulting Department with the following focuses:

Since 2017, he has been leading the newly founded LucaNet offices in the USA as Managing Director. Information on our Management Team and our locations worldwide is available on our website.

Did you know? What’s the bowl thing about, anyway?

Germans have their soccer, and Americans have their football. Football has been the USA’s most popular sport since the ’70s. Virtually every high school and every college has its own team, with varying levels of skill, organized into various leagues. Professionals play in the National Football League (NFL). Their championship game is the Super Bowl and is usually held on the first Sunday in February. It has now reached the status of unofficial public holiday (“Super Sunday,” with the week leading up to the final game being “Super Week”).

The first Super Bowl as we know it today was played in 1967 as the “AFL-NFL World Championship Game” (AFL = American Football League). The two professional leagues were merged into the NFL in 1970. The Super Bowl was given its name by Lamar Hunt, owner of the Kansas City Chiefs. In 1967, Hunt had been watching his daughter play with a bouncy ball called Super Ball. Additionally, the stadium in Pasadena – dubbed “Rose Bowl” because of its bowl-like shape – was home to the most important college football games, known as the Rose Bowls. Those were the Rose Bowl Games. So, when the NFL was looking for a name for its championship game, Hunt suggested Super Bowl. That’s where the bowl part comes in.

Of course, the Super Bowl is the sports highlight of any (professional) football player. Yet America’s economy also catches Super Bowl fever.  The huge event attracts a global audience of 800 million viewers and is about so much more than just the sport itself. Billions of dollars flow in the days leading up to the Super Bowl.

To name one example, Super Bowl Sunday is, after Thanksgiving, the most important day of the year for the food industry. Pizza delivery services bring in around one-third of their annual sales on this one day. Fans spend an impressive 250 million dollars on sports merchandise. However, all of that is nothing compared to what companies are prepared to pay in order to get one of the highly coveted TV advertising slots during the breaks in the game: five million dollars for 30 seconds! It’s no wonder that companies like Amazon, Heineken, and Pepsi work to come up with clever ideas in order to stand out with advertising spots that are as extraordinary as possible.

Super Bowl 2018: The Minneapolis Miracle is a miracle for Philadelphia

The 2018 NFL finale was held on February 4th in Minneapolis, Minnesota. The defending champions, the New England Patriots, were favored to win against the underdog Philadelphia Eagles. Out of nowhere, the Eagles won their first Super Bowl with a sensational 41:33 win. The outstanding player of the game was Quarterback Nick Foles, the American Dream Come True: In just a few short weeks went from sitting the bench to the official hero of the evening, receiving Most Valuable Player (MVP).

Juliane Batliner has been with LucaNet since 2007 and already worked with all sorts of text. When she's not brooding over a new story for the client magazine, she writes editorial articles, PR and marketing posts while juggling the management of her three-man football team at home.